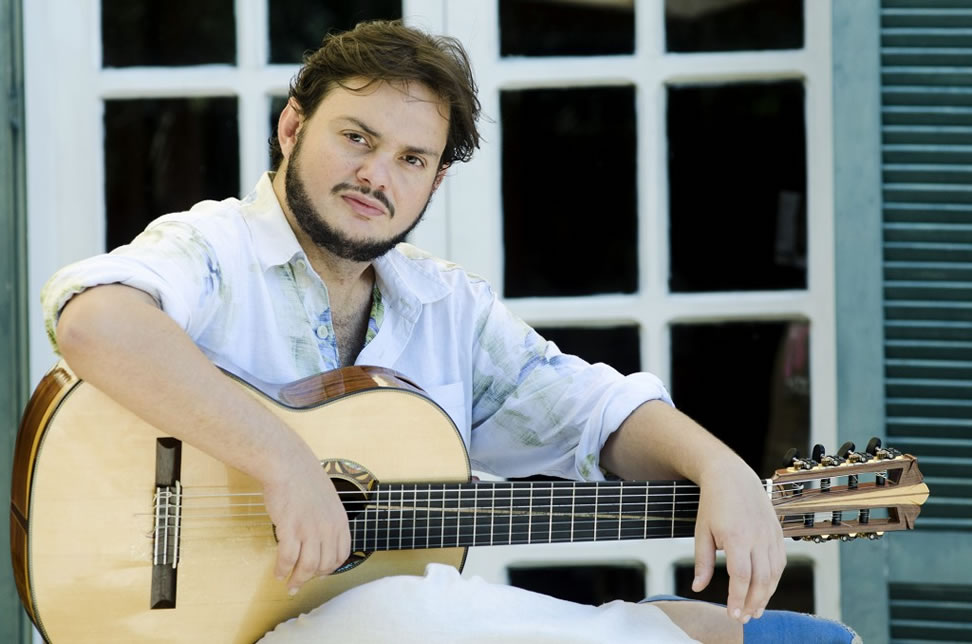 Yamandu Costa, 7-string guitar virtuoso, was born in Passo Fundo, Rio Grande do Sul, Brazil, where he began his guitar studies with his father Algacir Costa, band leader of "Os Fronteiriços", when he was 7 years old. Later, he perfected his technique with Lúcio Yanel, Argentine virtuoso who was then settled in Brazil.

Until the age of 15, Yamandu´s only music school was the folk music from the south of Brazil, Argentina and Uruguay. Nevertheless, after he heard Radamés Gnatalli´s work, he decided to get in contact with the music of other renowned Brazilian musicians, such as Baden Powell, Tom Jobim, Raphael Rabello, among others. When he was 17, he played for the first time in São Paulo at "Circuito Cultural Banco do Brasil" (BB Cultural Tour). The event was produced by "Estúdio Tom Brazil" (Tom Brazil studio), and from then on he was recognized as one of the most gifted guitar players of Brazil.

Yamandu has created his very particular style of compositions, somewhere between the typical music from the south of Brazil, Choro and Samba with finger acrobatic like passages, high tempo and yet very delicate and melodious pieces. For the audience his music is somewhere between breathtaking and breathholding, accompanied by Yamandu´s way of melting with his instrument and being one for the duration of the concert.
Yamandu is embracing the range of root-Latinamerican music with a clear basis on Southbrazilian swing.

One of the greatest geniuses of Brazilian music of all times, Yamandu deserves the highest praise. Whenever he is on stage, he fills with joy the most select audience since his impressive performance shows the deep intimacy between Yamandu and his guitar. The recognition he has earned throughout the years reveals what he can offer the audience - recreation of the magic of music - once from his fingers the music he plays travels through his body and soul and is almost miraculously transformed.

Yamandu is a guitar player, composer and arranger that does not fit into a single music style, yet he creates his own when he combines all of them playing his 7-string guitar. Yamandu fully deserves his beautiful name which in "tupi-guarani", the native language of Brazilian indians, means "the precursor of the waters of the world".